Another dangerous team of PSL 6, Quetta Gladiators Squad 2021 is a Twenty20 franchise cricket team that competes in the Pakistan Super League. The team is based in Quetta and its Provenience capital is Baluchistan.

This team was established in 2015 and its home ground is Bugti Stadium in Quetta. So, here Quetta Gladiators Squad with players performance discussing here, read this post till the end.

Quetta Gladiators got services one of the most respected full responsibilities in the cricket board whereas Sir Vivan Richards’s presence is most useful in the Quetta gladiators.

Yes, we are describing all of you about quetta gladiators players with the performance one by one, either national or international player. 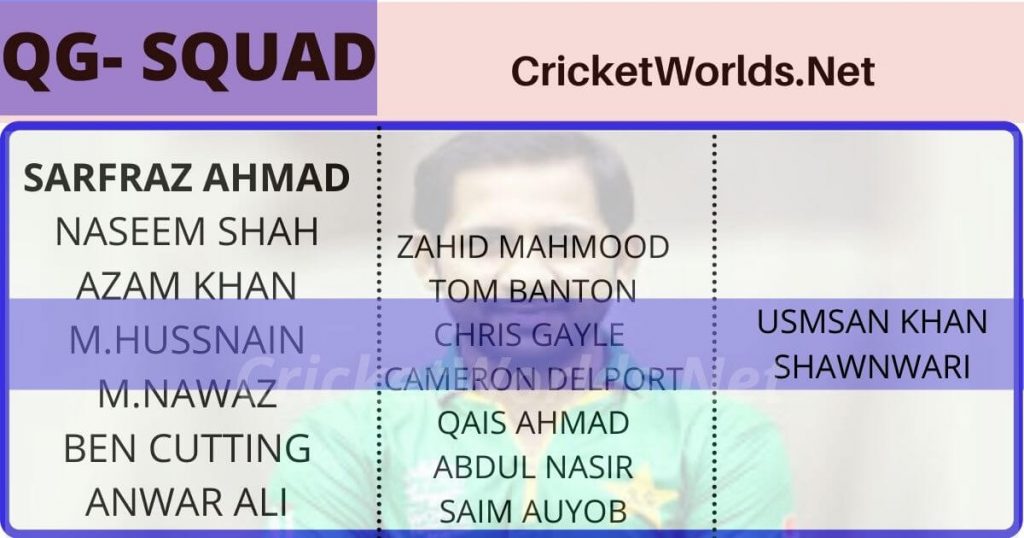 Many QG fans searching & wanna knowing about the Quetta Gladiator Squad 2021 with their favorite player, So, here we will discuss the complete squad of Quetta Gladiators for PSL 6.

The owner of Quetta Gladiators is Nadeem Omer who is the owner of Omer Associates.

The coach of Quetta gladiators is Moin Khan whereas Viv Richards is the batting and team mentor coach and Azam Khan is the team manager. Abdul Razzaq is also the team assistant coach. Also, you look Multan Sultans In PSL 2021

Sarfraz Ahmad is the Captain of Quetta Gladiators because in every PSL session, QG leading by him. He is a good batsman with the best wicket-keeper.

We Hope, this Post “Quetta Gladiators Squad 2021” will be very helpful and informative for PSL lovers && especially for QG fans, so if you like this article then share it with your friends.